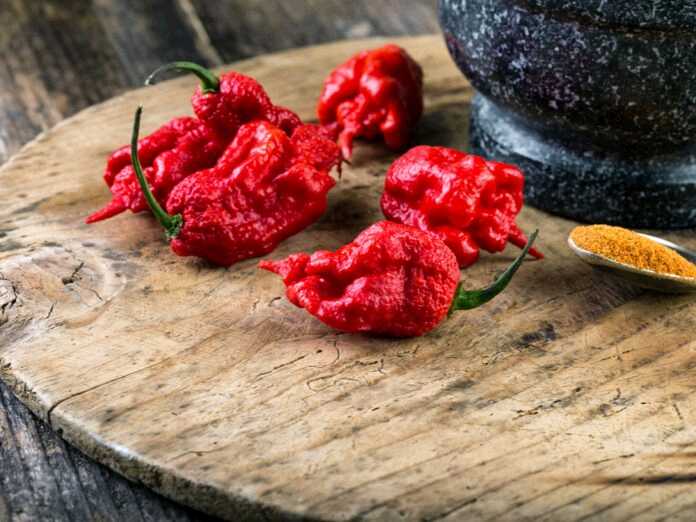 Last year, a man in the United States dared to try one of the world’s hottest chili peppers. Dubbed the Carolina Reaper, this pepper has a Scoville scale rating of 1.57 million units. As soon as the man ate the pepper, he started experiencing a major thunderclap headache.

So, what exactly is a thunderclap headache and how severe is it? Also, is eating one of these hot peppers enough to trigger it?

The Lowdown on Thunderclap Headaches

Thunderclap headaches occur abruptly and take only seconds to reach their maximum intensity. The term thunderclap headache was first coined in 1986. You may not have heard about it before because the condition is very rare. According to statistics, it affects less than 0.05% of people.

When one of these headaches occurs, it is often the result of a brain hemorrhage. That’s why doctors will first perform a CT scan on patients with thunderclap headaches. And that is exactly what this man’s doctors did. However, they saw no abnormalities in his brain scan – except for one thing.

According to their report, the blood vessels in his head were severely constricted. Doctors refer to this condition as reversible cerebral vasoconstriction syndrome (RCVS). RCVS is among the most common causes of thunderclap headaches. And according to the doctors, the Carolina Reaper was what triggered it.

Luckily, the man was otherwise in excellent health. After a few weeks, he recovered in full and a new CT scan showed no signs of damage to his brain. Still, during those few weeks of constant headaches, the pain was often excruciating.

Although this is an isolated case, it could happen to anyone. After all, this man was in great health before he ate the California Reaper. So the next time you feel like eating an extremely hot chili pepper, you might want to think twice.

Can This Diet Help You Lose Weight Without Working Out?