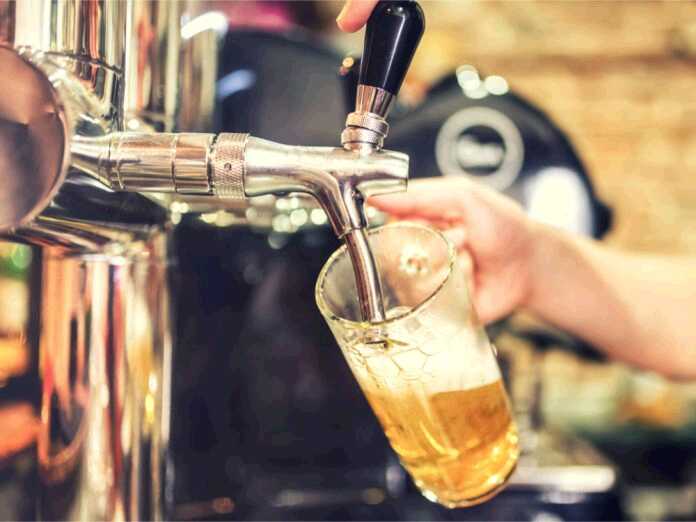 So let’s say we have a “bowlful of jelly” belly. And let’s say we drink beer now and then. Are they connected? Well there are some surprising connections between beer and belly fat.

No. 1: Beer Has Calories and Carbs

And it’s because alcohol has calories and carbs, and so do the other ingredients in beer. Part of the process of beer-making involves releasing the sugars from the grain. And the higher the alcohol content, the more calories/carbs are going down the hatch.

Not to mention that, under the influence of alcohol, self-control tends to get lost in the buzz. If there’s junk food in sight and we’re feeling no pain, how likely are we to remember our eating plan? Or care?

No. 2: Beer Has Phytoestrogens

Hops are high in phytoestrogens, which mimic female hormones. And part of what female hormones do is keep women’s bodies padded. This hypothesis hasn’t been proven; more research is definitely needed.

But the beer and belly fat connection is much stronger in men. And men who are obese tend to have lower testosterone. In fact, testosterone therapy seems to be an effective weight loss strategy for obese men.

No. 3: Beer May Prevent Fat-Burning

This is also a hypothetical reason in need of more research. But it’s based on the fact that the human body burns alcohol first. So a lot of alcohol in your system may mean your body isn’t burning fat. And in fact, moderate drinking has shown mixed results in studies. But heavy drinking, at least in men, is clearly linked to obesity.

Beer is high in carbs and calories and lowers inhibitions. It may impact hormonal systems, and it may prevent your body from burning fat. It’s no wonder that, for some people, beer and belly fat go together like ham and cheese.

5 Ways to Get Rid of Garlic Breath